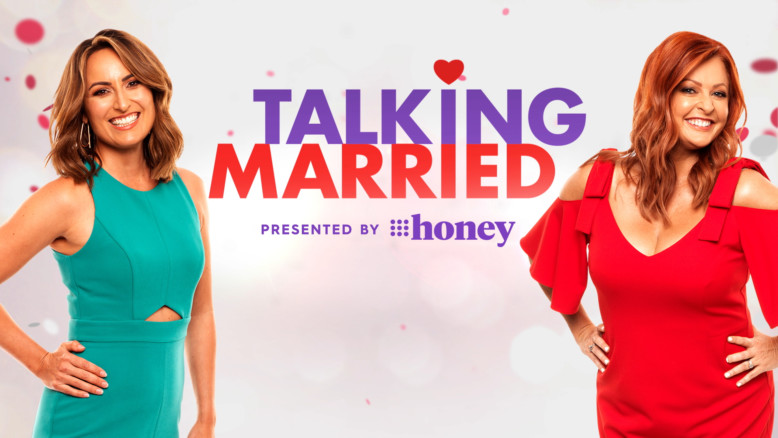 Nine’s hit weekly chat show Talking Married is back, bigger and better with more inside goss, exclusive footage and unprecedented access to the couples from Australia’s most talked about social experiment, Married at First Sight.

Talking Married will go to air immediately after Married at First Sight from this Wednesday, January 30, at 9.00pm on 9Life and 9Now, and continues weekly for the duration of the MAFS series.

Presenter Jayne Azzopardi and 9Honey’s lifestyle presenter and columnist Shelly Horton will be joined each week by a special guest co-host, to review the latest episode and talk viewers through all the gossip. Live interviews, new segments and never-before-seen clips will also give MAFS fans the inside scoop on their favourite program.

Jayne Azzopardi said: “I’m a huge fan of MAFS and I’m excited to be returning to host Talking Married with the amazing Shelly Horton. We can’t wait to bring viewers all the VIP content they expect from the reality show that already has Australia talking.”

Talking Married, the first television production for Australia’s leading women’s lifestyle network, 9Honey, last year drew total average audiences of 228,000 (across consolidated, encore, VPM) to make it the most watched show in 9Life’s history. It was also the top rating program across all the multi-channels for 2018.

“By continuing the conversation and bringing the 9Honey brand onto the television screen we have built a strong and consistent audience who are highly engaged with MAFS. We look forward to giving them more this year with our new hour-long show. Our Talking Married podcast will also have Shelley Horton at the helm again.”